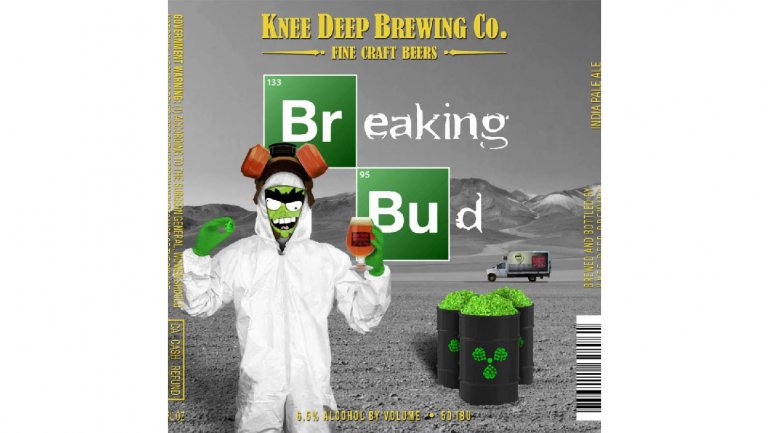 The studio claims Knee Deep Brewing is infringing on its 'Breaking Bad' trademarks.

Legal trouble is brewing for a company that launched a Breaking Bad-inspired beer without a license from Sony Pictures Television.

Sony on Tuesday sued Knee Deep Brewing, claiming the company intentionally imitated the Breaking Bad logo and other design elements in order to capitalize on the fame of the AMC hit series, which "has been ranked by the Guinness World Records as the most critically acclaimed show of all time and has been cited as one of the greatest television series in history."

The copying is gratuitous, Sony argues, and is clearly designed to avoid the difficulty of creating a unique brand.

"Simply put, rather than investing the time, effort and resources necessary to establish their own reputation and identity, Defendants have instead opted to hijack the famous brand identity associated with SPT and its BREAKING BAD show for Defendants’ own intended benefit," writes attorney Jean-Paul Jassy in the complaint. "Defendants’ unauthorized use of SPT’s trademarks and design elements threatens to erode the value of SPT’s BREAKING BAD Marks by undermining SPT’s continuing ability to attract licensees for such marks and secure compensation for the right to associate one’s products with the BREAKING BAD show."

Sony is suing for trademark infringement, dilution, false designation of origin and unfair competition, among other claims, and is seeking an injunction to stop Knee Deep from using "Breaking Bud" and the current design and logo and damages.

The brewery didn't immediately reply to a request for comment on the complaint, which is posted below.