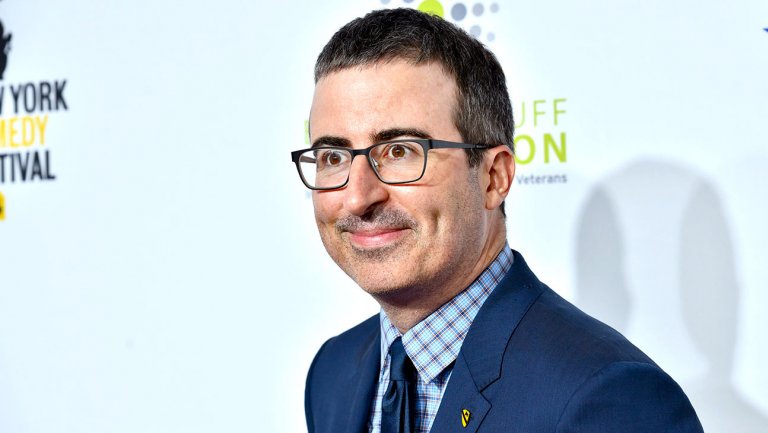 The 'Last Week Tonight' host and the 'Dawson's Creek' star got into a heated exchange on the parody podcast.

Among this week's topics: Secretary of the Interior Ryan Zinke, the Iran nuclear deal and the FBI raid on Trump's longtime attorney, Michael Cohen.

Oliver also played part of a parody podcast he joked that he was launching with James Van Der Beek called Talkin' Tehran. The audio bit featured the real voice of Van Der Beek as the two got into a heated exchange.

"If you didn't think that James Van Der Beek was an expert in Iranian history, you need to expand your expectations of what people are capable of," joked Oliver.

Thanks to @vanderjames, co-host of the “Talkin’ Tehran with John Oliver and James Van Der Beek” podcast for lending his voice to tonight’s show. pic.twitter.com/cYtaFo7YmG

Watch the clips, courtesy of RawStory, below.