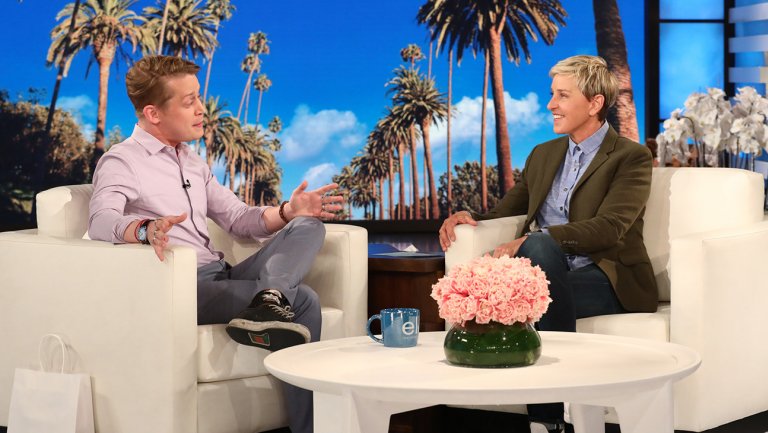 The actor appears on Monday's episode of 'The Ellen DeGeneres Show,' where he also talks about why he stepped away from the spotlight for several years.

A warning to Home Alone fans: Don't ask star Macaulay Culkin to re-create his iconic face from the 1990 hit film.

The actor, who appears on Monday's episode of The Ellen DeGeneres Show to talk about his new Bunny Ears lifestyle brand and podcast of the same name, says he gets that request all the time but doesn't ever oblige.

He also avoids watching the movie — he calls the annual holiday TV staple "background radiation at Christmastime" — and says people have asked to watch it with him, which is "flattering and creepy."

He also says that if he does catch parts of it, he remembers more of what was happening on set that day behind the scenes. "I can't watch it the same way other people do," he explains.

He also jokes that Christmastime is "my season," given how ubiquitous the movie is during that time of the year. He says he tries to avoid leaving the house around the holiday.

During his appearance, he also talks about growing up as part of a family of seven children living a one-bedroom apartment, getting his start in ballet, stepping back from the spotlight at age 14 to go to high school and more. Watch the clips below.