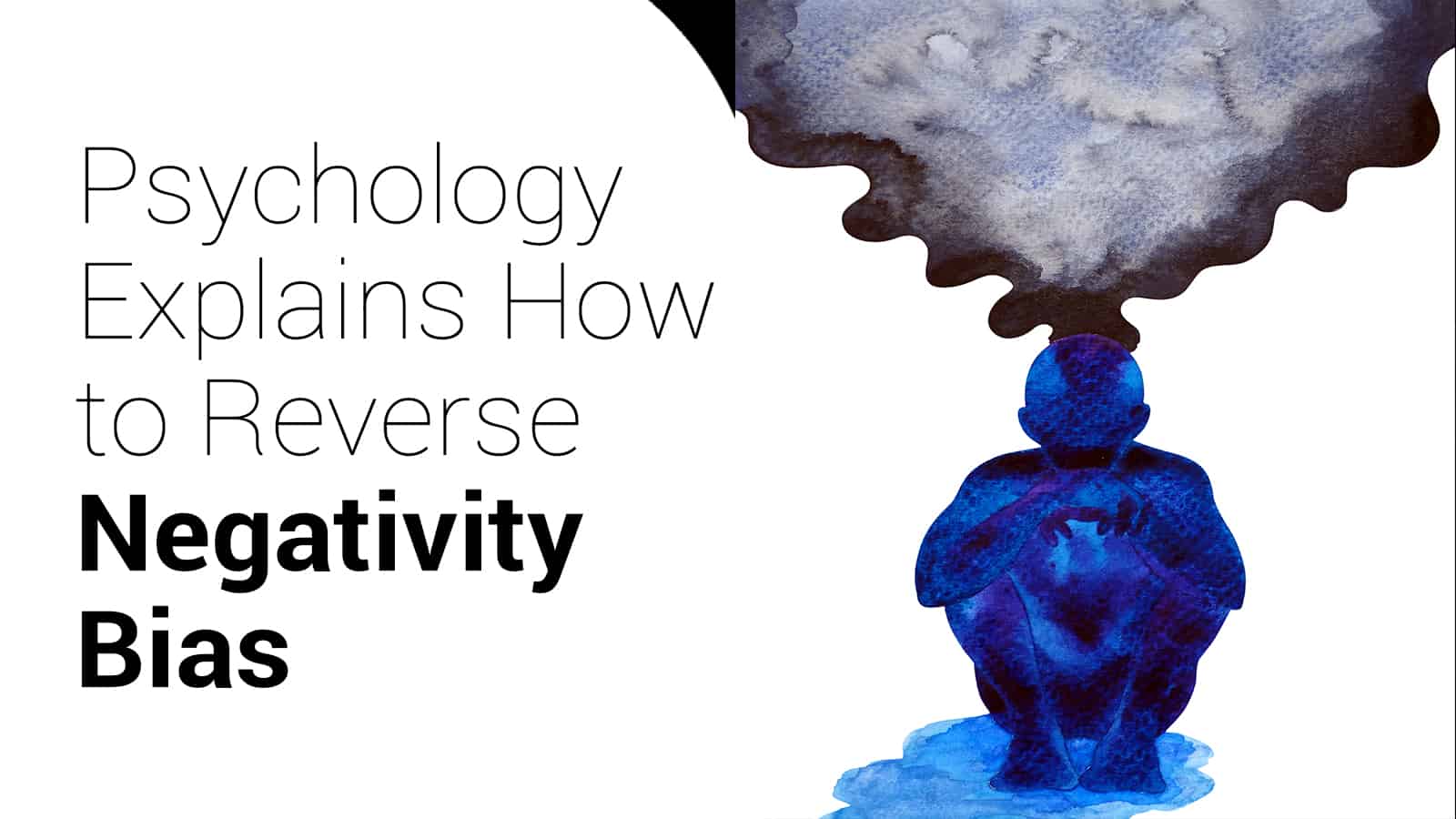 Did you know that we tend to pay more attention to the negative than to the positive? It’s true. Psychologists call this tendency the negativity bias.

But contrary to popular belief, we can train the brain to counteract this psychological tic – and we should make an effort to do precisely that. Why? Because the negativity bias stinks, that’s why. It darkens our mood and contaminates our perception.

In this article, we’re going to discuss the wretched negativity bias. We’ll also talk about how to reverse it. First, here’s a bit more clarification on what the negativity bias is, exactly.

“The brain is like Velcro for negativity and Teflon for positivity.”  ~ Dr. Rick Hanson

Technically,  the negativity bias is defined as “our proclivity to attend to, learn from, and use negative information far more than positive information.”  The problem is that adverse events produce far more prominent responses than non-negative.

“(The) negativity bias can influence how we feel, think, and act, and can some less than desirable effects on our psychological state.”  ~ Catherine Moore, Positive Psychologist

For example, negativity bias is the reason that we:

Even if we were to have the perfect day when everything goes right, a single distressing event could undo it all.

Which all begs the question: Why the hell do we even have a negativity bias? Like many of our more annoying psychological quirks, it all has to do with evolution. Thousands of years ago, our ancestors always faced immediate environmental threats that required swift action.

“Okay, but we don’t live in the wild anymore, jerk.”

Granted. But, of course, it’s not that simple.

Any thought or behavior trait, if repeated often enough, will stick around. It’s severe enough to get rid of a newly acquired habit, much less a universal, thousands-of-years-old psychological tic rooted deep in the human brain.

Hey, at least we don’t have to contend with some hungry creature that just ate our best friend.

In case you are wondering what that chart is, it’s a measurement of event-related brain potentials or ‘ERPs.’ An ERP is a “measured brain response that is the direct result of a specific sensory, cognitive, or motor event.” In this case, neutral, positive, and negative stimuli. Scientists measure ERPs by electroencephalography (EEG), a recording of electrical activity in the brain.

The graph’s orientation is a bit deceiving if one is used to looking at standard x- and y-axis plots. If this is the case, imagine the chart flipped 180 degrees. If you managed to perform this mental mirroring successfully, you’d notice that the negative line (solid with black dots) is a good deal higher than the positive (solid with white dots).

In essence, this graph manages to provide a simple visualization of a complex phenomenon. Namely, the negativity bias. It achieves this by showing that the brain’s electrical activity produces a higher current when exposed to a negative stimulus.

So, the negativity bias is not some abstract psychological gobbledegook – but a proven neurobiological fact. In other words, the proof is in the pudding.

Since we no longer require convincing that the negativity bias is indeed real, we’ll now focus our attention on ridding ourselves of it.

How to Overcome the Bias?

“By directing more of our conscious attention toward the positive events and feelings we experience, we can begin to address the asymmetry of negativity bias. And that requires practice…”  ~ Catherine Moore, Positive Psychologist

Forgive the abruptness, but to heck with the quacks and prescription drug companies. Let’s deal with this thing using some positivity!

How to Get Rid of Negativity Bias

As newly-minted positive psychologists, how would we go about handling this negativity bias thing?

To start with, we’ve got to pay more attention to the thoughts running through our minds.

Read that again. Heck, I’ll write it again: We’ve got to pay more attention to the thoughts running through our minds. Without self-awareness, nothing that we do will matter. Period.

Some Buddhists say that “unconsciousness dissipates in the fiery light of awareness.” While some would argue that this is a subjective statement, others wholeheartedly disagree. It’s been proven throughout thousands of years of spiritual and meditative practice. It is a science of the spirit – and it works.

But don’t take my word for it. Put it to the test!

Here’s how. The next time that you encounter a negative feeling rest your awareness upon it. Don’t think about it – simply sustain your knowledge of it. Eventually, you will feel some space between the perception and your noticing of the feeling. It may manifest as the quality of inner stillness. With practice, this inner stillness will grow. Moreover, it will become more of an automatic response rather than a conscious directing of attention.

In truth, this step may be all that you need. But let’s keep going just in case!

#2 Use the ABC Technique

The ABC technique is nothing new, but it is remarkably effective for challenging negative self-talk. The ‘A’ stands for Activating Event, ‘B,’ Belief, and ‘C,’ Consequences. The model works best with a pen and paper (for reinforcement).

A – Activating Event: What’s the situation that led to the negative thought or emotion? Write it down.

B – Belief: Write down the negative emotions and thoughts.

C – Consequences: Record the negative feelings or behaviors that resulted from (B).

Albert Ellis, who postulated the ABC model, believed that the activating event (A) is not what causes the behavioral consequences (C); instead, it is the person’s faulty interpretations, leading to a faulty belief system (B), that is the cause.

The ABC model is a stable of Cognitive Behavioral Therapy (CBT), but it is an effective framework for helping us identify those misguided emotions and thoughts all the same. When the ABC model is used in conjunction with self-awareness and mindfulness, it becomes a potentially potent tool!

Knew this was coming, didn’t you? While one may tire of hearing the words mindfulness and meditation uttered over and over, there’s a good reason.

The writer mentioned the effectiveness of self-awareness and mindfulness previously more specifically, how these tools boil down to spiritual science.

Well, now mainstream science is finally catching up. There is now a vast collection of academic, scientific papers testifying to the effectiveness of meditation for a host of both physical and psychological ailments. Negativity bias included.

In a review of one study, participants who meditated “performed better at tests where they were required to categorize positive stimuli, leading the researchers to conclude that mindfulness practice can have a significant positive impact (emphasis mine)” on negativity bias.

One particularly vital element of cognitive restructuring is becoming aware of our cognitive distortions. These include:

‘Filtering’: Focusing on the negative and ignoring the positive (much like negativity bias.)

‘Catastrophizing’: Expecting the worst-case scenario and minimizing the real events.

‘Polarized thinking’: Having an all-or-nothing way of thinking and ignoring the complexity.

‘Heaven’s Reward Fallacy’: You expect to reward your self-sacrifices.

‘Control Fallacies’: Assuming only others are to blame, or assuming that only yourself is to blame.

‘Always Being Right’: Being wrong is unacceptable, and being right supersedes everything.

‘Fallacy of Fairness’: Assuming that life should always be fair.

‘Personalization’: Assuming that only self is responsible.

‘Overgeneralization’: Assuming a rule from a single experience.

‘Jumping to conclusions’: Making assuming based on scant evidence.

‘Emotional reasoning’: “If I feel it, it must be true.”

‘Blaming’: Assuming everyone else is at fault.

‘Fallacy of change’: Expecting others to change.

‘Shoulds’: Holding tight to rules of behavior; judging self and others if rules are broken.

Final Thoughts on Breaking Down Your Negativity Bias

Shedding the skin of negativity bias can be done. You need to work at chipping away at its shell with diligence. It takes a lot of mindfulness and hard work. But with a good dose of positivity, you are well on your way there! 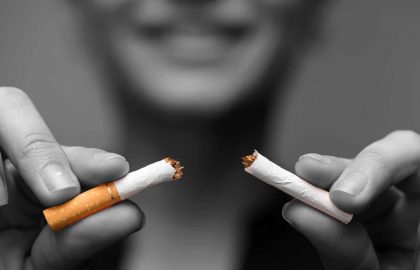 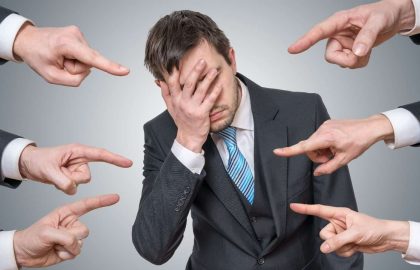 Psychology Reveals How to Stop Blaming Others for Your Shortcomings 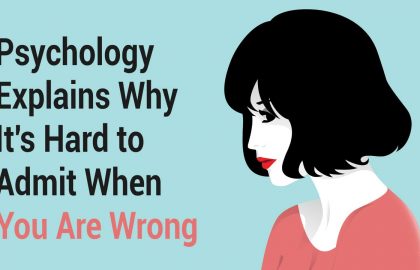 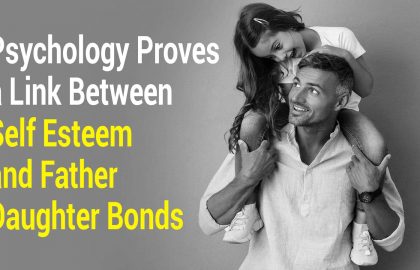 Psychology Proves a Link Between Self Esteem and Father Daughter Bonds 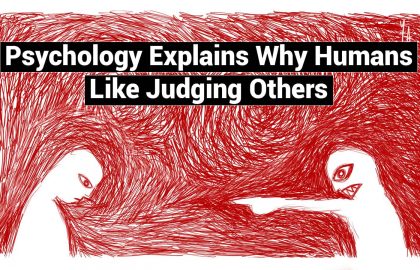 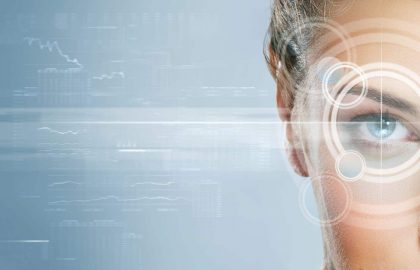